Something More than just the Deep Blue

My family and I decided to go the extra mile and explore Belize a bit more and we were all happy we made the decision to experience the Mayas in Belize. We were in for an early start leaving Splash Dive Center in Placencia, by road at 6:00 am. I had no doubt that we were on an adventurous and rewarding journey as we headed back to 600 AD!  Archeologists believe that the temples in Xunantunich (pronounced shoo-nan-too-neech), located in the Cayo district dates back to the early Classical Period. It is unimaginable to climb the temples that were built so long ago; yet still remain sturdy.
However, before getting to Xunantunich our licensed tour guide took us to visit the Blue Hole National Park, also located in the Cayo District. I must add, the best thing about Belize is the close proximity of the sites; it took us more or less  1.5 hours to arrive to the Blue Hole and another 45 minutes to get us to Xunantunich. The Blue Hole is a natural 25-foot deep pool in the middle of a cave where the singing of birds is rhythmical. This Blue Hole is found inland and is distinct to the Great Blue Hole, found out in the center of the Lighthouse Reef. It is said that this inland Blue Hole was formed by the collapse of an underground limestone cave. The Blue Hole is named for its glistening turquoise water and is used by many for a quick refreshing swim. 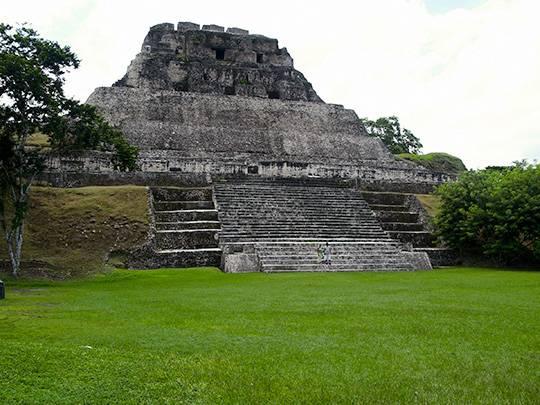 After a quick visit to the secret natural pool we were back on the road to Xunantunich. The kids, Harry and Jim were excited to learn that in order to get to the Maya temple we would need to cross the Mopan river using a cool, hand-cranked ferry. This was one of the major highlights for the kids, as they got a chance to crank the ferry themselves!
We learned that the name Xunantunich was Maya for “maiden of the rock”, or “stone woman”. The area has 6 major plazas surrounded by more than 25 Maya temples and palaces. The largest of all, and also the second largest manmade structure in Belize, is named, “El Castillo” (The Castle), standing 130 feet tall above the plaza. Our guide explained to us that it is believed that Xunantunich was used extensively used for ceremonies and rituals. 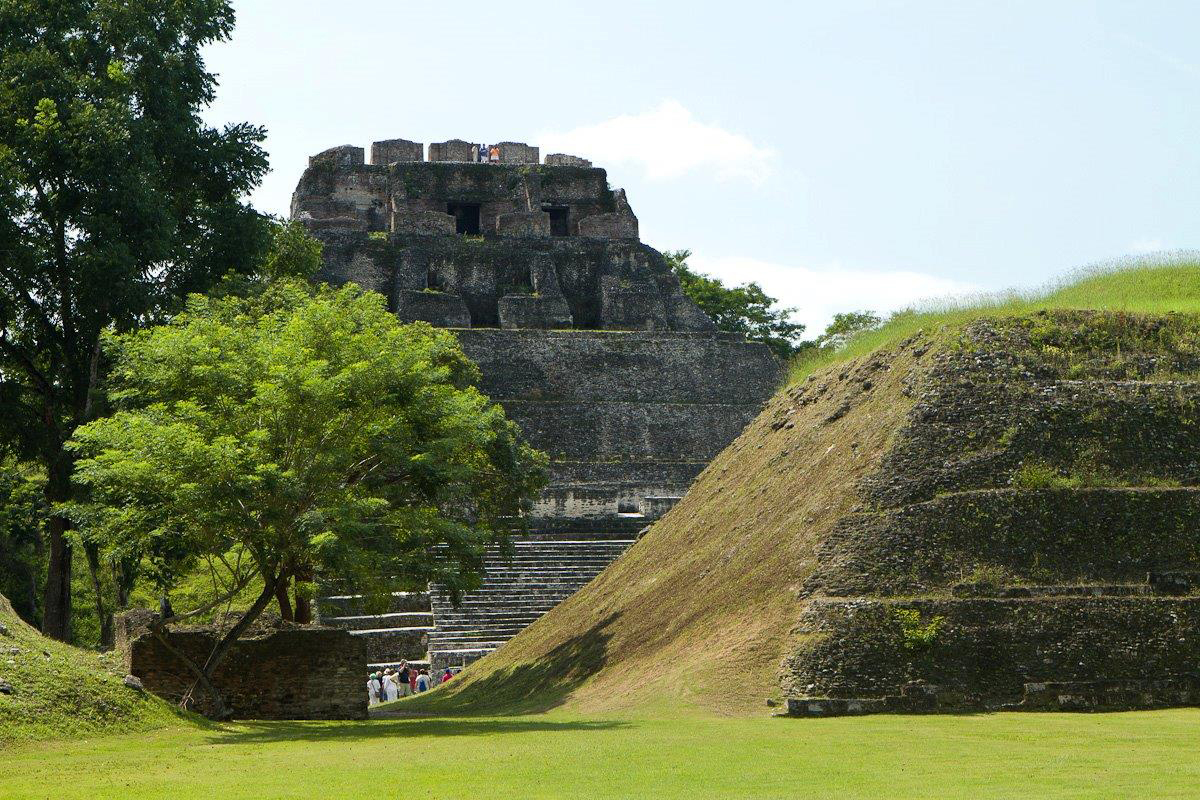 The best reward of all was finally getting to the top of “The Castle”, as we stood 130 feet high, we got the chance to enjoy the ‘jungle view’: viewing Western Belize, and into the borders of Guatemala. It is thrilling to stand tall on a structure that holds the secrets of the Maya Civilization. It was certainly worth taking the tour to the Cayo district. The adventure was invigorating!

“A great way to discover the beauty and adventure of Belize above water”
Posted by Unknown at 05:46 No comments: