The Joy of Kriol Christmas in Belize!

It’s the ending of the rainy season and the beginning of the Christmas cheer and season.  In the western world there´s building snowmen and Christmas trees, in Judaism its Hanukkah, for Hinduism its Diwali (Festival of Lights), in Belize its Kriol Christmas with the Bram and Brokdown. Despite the cultural differences in “Christmas” beliefs and traditions the common denominator is the spirit of love, of caring, of giving.  A time when we rekindle our humanity, strengthen our resolve to change our ways and maybe even the world.  But most undeniably is the warmth of love at Christmas time.  Kriol Christmas is also about spreading joy and happiness, unity and harmony in the community. Central to Christmas is family and friends.

Now just like Christmas carols are to Christmas, Brokdown is to Kriol Christmas – there is no Bram without Brokdown!   Bram is people dancing in the streets from one house to the next spreading the cheer by singing, dancing and playing music at each house. Traditionally, bramming occurred in Belize City (old Belize Town) and in the villages along the Belize River Valley; and later as the country embraced the Christian Christmas traditions & customs, the traditional Christmas relegated to the countryside.  The essenetial ingredient to Bram is the  pulsating rhythms from harmonizing a variety of instruments such as the fork and grater similar to the guira found in Merengue music, the two-sided Gombay drum reminiscent of the double-headed African dun dun drum, accordion, mouth organ (harmonica), banjo, the donkey jawbone , the gourd shakka (maracas or rattle) and anything else that could make good musical sounds and could be heard loud and clear.  At every house stop during the Bram a table is laid out with delightfully home-made cashew and blackberry wines and traditional Kriol Christmas foods & delights.   Bram is celebrated in Gales Point, Belize between the 24 & 26 December.

So while most present day Belizeans adhere to the European and North American Christmas traditions of decorating Christmas trees, hanging lights outside their homes, exchanging greeting cards and baking fruitcakes, they also look forward to the traditions they grew up with.  The true Belizean Christmas cannot be without a sip or two of country wines, picking up a fork and grater and singing traditional "Brokdown" songs like "Good Morning Miss Lady," and other favorites from the Ole Time Creole Christmas "Bram"? The Garifuna  Jonkunu on Christmas day,  the Maya Deer Dance or the re-enactment of Mary and Joseph looking for an inn as part of "Las Posadas"   -  this is Belizean Christmas time.

Whatever ethnic group we may consider ourselves to be, we all agree that Christmas is a time for friends and family.  Yes, there is a frenzy of baking, searching for fresh ingredients for holiday meals, and stocking up of rum and running down the coca-cola trucks circling the neighborhoods to load up on cases of soft drinks.

This year as we sit back sipping down the cashew, blackberry homemade wines, lets toast that we take this time to  “Brokdown” the barriers to keeping an open mind, and tolerance and respect for all cultures and traditions.  As we dance along to the oldie-but-goodie tunes of “Good Maning Ms. Lady” or shake our bones to the drumbeat in the Punta rock, let us take a moment to appreciate our families, love ones, neighors and give thanks for all that we have.   The Bram is about community and unity and that simplicity that comes from being positive and accepting and kind to our neighbors, being kind and caring citizens of our community, family and the world.

It is in these days of such political, environmental and societal trials and tribulations that we should perhaps remember that Christmas time is a time to return to our roots and perhaps resurface with stronger passions to effect change for a better self, community, country and a better world.  Although Christmas celebrations are defined by dates on the yearly calendar, we should defy the tendency to forget the Christmas spirit that would help us never forget that kindness, light, positivity, transparency, respect and tolerance – should be the real brukdown tune in our heads and hearts throughout the year.


Splash Dive Center would like to wish you all a merry Christmas Holidays may it be filled with joy and may you spend it with family and friends.
Posted by Unknown at 10:42 No comments:

Maya 2012: The Apocalypse or the New Era of higher Consciousness and Unity?


We are now only a couple weeks away from the year 2012, the year that some claim will bring about drastic changes in our way of life. Dire changes, some believe, will be in the form of an apocalypse while others believe will usher in a new era in our evolutionary human development in which we achieve higher levels of self awareness and overall spirituality.  While no one really knows what happens next, we do know definitively that the acclaimed doomsday of December 21, 2012 marks the end of a cyclical long count period (every 5,125 years) in the Mayan Calendar and initiates a new one – the summer solstice. Despite the controversy of the prophecies, Belizeans can be proud of the rich cultural heritage that the Mayas have contributed to Belize’s history and the Mundo Maya. Belize is indeed proud of being the heartland of the astoundingly advanced Mayan civilization.

Mayan sites excavations and continuous discoveries are showing that Lamanai, the last site to be occupied by the Mayas, has been occupied for more than 3000 years from 1500 B.C to the late 18th century. Even today when archeologists rewrite Mayan history with each new discovery, never cease to be increasingly impressed with their depth of sophistication and breadth of knowledge. A few eminent examples are: the mayas were among the first to use the concept of zero; their calculation of the moon cycle with astounding precision centuries before our scientists; their development and use of medicinal plants laid the foundation of pharmacology today. In about 500 A.D, it is believed that more than one million Mayas inhabited Belize. More than 35 significant sites across the country have been uncovered while much more is still believed to lie beneath the earth in the dense topography of Belize’s rainforest. Significant sites of tremendous historical importance include Altun Ha (Stone Water), Cerros (Hills), Xunantunich (Maiden of the Rock), Cahal Pech (Place of Ticks), Nim Li Punit (Big Hat), Lubaantun (Place of the Fallen Stones), Actun Tunichil Muknal (Cave of the Stone Sepulcher) and Caracol (Snail) – the supreme Mayan City of the Classic Period with a population of two thirds the entire current population of all Belize. The Mayas are truly an advanced society and Belize proudly distinguishes itself as the epicenter of this advanced culture that continues to intrigue scientists and even spiritual seekers with their sense of mysticism and spirituality. 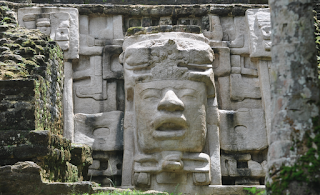 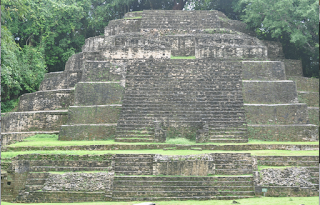 Culturally speaking, the Mayas believed that time, as well as he universe, is circular and cyclical. They also believe that cosmic configurations can reveal the most profound levels of our consciousness as humans and that the universe is alive and sacred confirmed through the varied and diverse manifestations of four key elements - the earth, water, sun and air. They believed that all people, animals, and elements on earth are closely related and united in one entity that allows each component to be, live, share, communicate and interact with each other as living entities both creators and re-creators of life. Some Mayan belief claims that human beings, along with planet earth, are now vulnerable due to the many ecologically unsustainable alterations to the planet that threatens the delicate balance of nature that sustains life. It is this negligence and failure of humans to recognize their interconnectivity with all else on earth and to maintain their supportive role in relation to mother earth that will unleash the apocalypse. This, some believe, will be towards the detriment of the human race.
Conversely, some believe that the prophecies of Maya 2012 are more in relation to another evolutionary process in our human development and social transformations where by the mind will become awakened and realize the purpose of our existence and hence the purpose of life. In responding to some prediction that 2012 signals the end of the world, Mayan Ambassador Cirilio Perez Oxlaj recently shared the following interview:

What do you expect to happen on December 2012?

It is the belief of the Mayan people that we will be entering a period associated with a change of sun (summer solstice), not in 2012 but in 40 to 50 years. During this time, there will be an end to diseases, plagues, droughts, tornados and devastating hurricanes that are now occurring.

Why do you think that the end of humankind has been associated with this date?

This will not be the end of the world but merely a change of sun. Neither is this serious since it has occurred before. Of greater concern is the contamination of the environment, nuclear bombs, the movement of petroleum, mineral exploitation, the use of plastic material and other substances that are harmful to the environment.

What is your evaluation of the significant campaigns launched on this topic?

These campaigns have largely commercialized the concept of Maya 2012. They are derailing the Mayan calendar because nothing will happen on December 2012.

What does this new cycle means for you?

We welcome the New Year, so that we start to significant and meaningful change. There will no longer be discrimination, prejudice or racism among one another.

This interview with the great Mayan leader provides insight that 2012 is more about hope, world peace and unity. It is an opportunity for deeper reflection and the consideration of future direction. Maya 2012 provides a timeless warning from the ancient past that today we should also be better stewards of the environment which we as humans are privileged to enjoy.  In celebration of Mayan heritage, Belize has a full year’s program highlighting Mayan Culture that includes, lectures, festivals, ceremonies, a collection of commemorative stamps of each site and a wide range of Maya 2012 packages. A special highlight, between December 21 and 23 (2012), is the participation of more than two hundred and fifty spiritual leaders of the Mopan, Q’eqchi and Yucatec Maya in an ancient ceremony to welcome the new calendar. In commemorating Maya 2012 and the envisioned new beginning, Splash Dive Center joins other service providers with special 2012 packages for those wishing to experience and immerse themselves in the ancient past of the Mystical Maya.

As the Maya 2012 year evolves stay tune for more Maya 2012 insights to come and for more from Splash Dive Shop who will be offering special Maya 2012 Tours this coming year. Splash Dive Shop has also launch their new Maya 2012 Logo which will be use during next year. Where will you be when the world starts anew? For more information contact us by Clicking Here.