The Cockscomb Basin Wildlife Sanctuary, named after its cockscomb appearance within the Maya Mountain in Southern Belize, was the world’s first jaguar reserve and is a protected subtropical rainforest.  More than two decades after its creation, the sanctuary remains a model for wildlife conservation and a point of pride for Belizeans. This jaguar reserve, where a viable population still strives today, is a most critical part of a larger jaguar corridor system where the wild and magnificent jaguar roams throughout two continents from Northern Mexico to Northern Argentina. 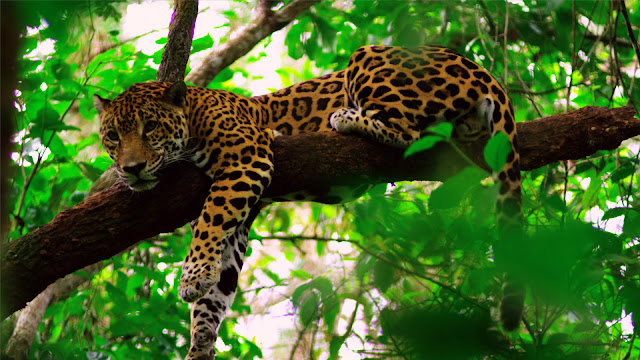 Of the five native species big felines prowling the Belizean jungle, it is the elusive and magnificent jaguar that everyone visiting Belize wants to see. It is only a lucky few who have actually seen any of these beautiful apex predators – the real king of the Belizean jungle and the undisputed super power of the new world continents.

Belize’s grasslands, wetlands and lush rainforests, nestled in the Maya Mountains, provide the perfect backdrop for these magnificent big cats which are the most powerful predators in Central America.  Inside Cockscomb Basin Wildlife Sanctuary, visitors may not see the nocturnal king of the rainforest during the day but will get a taste of the area’s bio-diversity, impressive scenic views, serious birding opportunities, jungle flora and fauna and may have the opportunity to swim in a pool below a glorious cascading waterfall.

Not only are jaguars among the most beautiful animals but among the most powerful stealth predators that use stealth and surprise as key techniques to catch its prey.  The elusive jaguar seems to prefer peccaries, but would also take monkeys, agoutis, deer, armadillos, birds and other animals. Before the kill, the mysterious Central American carnivore stocks the herd, and creeps ever closer to its prey. With a single powerful bite at the prey’s jugulars, the rainforest master finally conquers its prey.

Below where you see the jaguar is where you can find the Reserve. 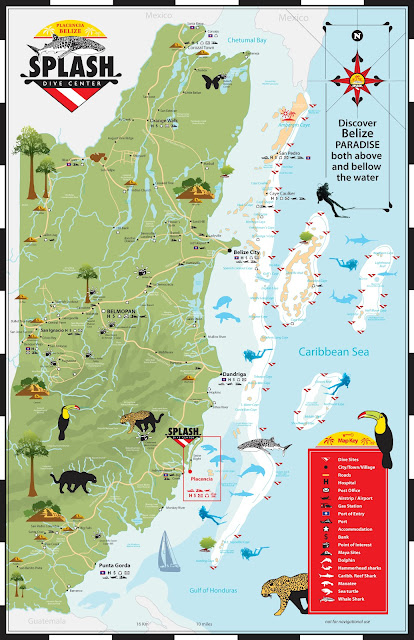 Jaguars have been in the Americas before the native Maya of Belize.  The locals still speak of the big cat with reverence.  For thousands of years the people of the Americas have revered him.  To the indigenous Maya the jaguar is simply called baalum, meaning “king”.  The Mayas considered the jaguar a deity – a symbol of leadership and a creature that walks between worlds. Today, the powerful jaguar remains as the apex predator of the new world jungle kingdom.

Belize leads jaguar preservation efforts in the world.  Although hunters and deforestation have reduced the jaguar population, these animals continue to thrive in the jaguar preserves and reserves and interconnecting corridors of Belize. As humans continue to encroach on the once sovereign kingdoms of the big cat in Belize, NGO’s such as Audubon Society and Wildlife Conservation Society continue to engage the local communities, including the park rangers, ranchers, and Mayan leaders in dialogue and mutually beneficial efforts towards jaguar preservation sustainable community development. Indeed, “When people are informed and engaged, healthy societies and renewable natural resources thrive”.

If you would like to visit "The Cockscomb Basin Wildlife Sanctuary" whilst in Belize, Splash Dive Center offers daily tours to the nature reserve and is a perfect family tour. Contact Patricia Ramirez at patricia@splashbelize.com to make your reservation. Visit www.splashbelize.com for other tours.